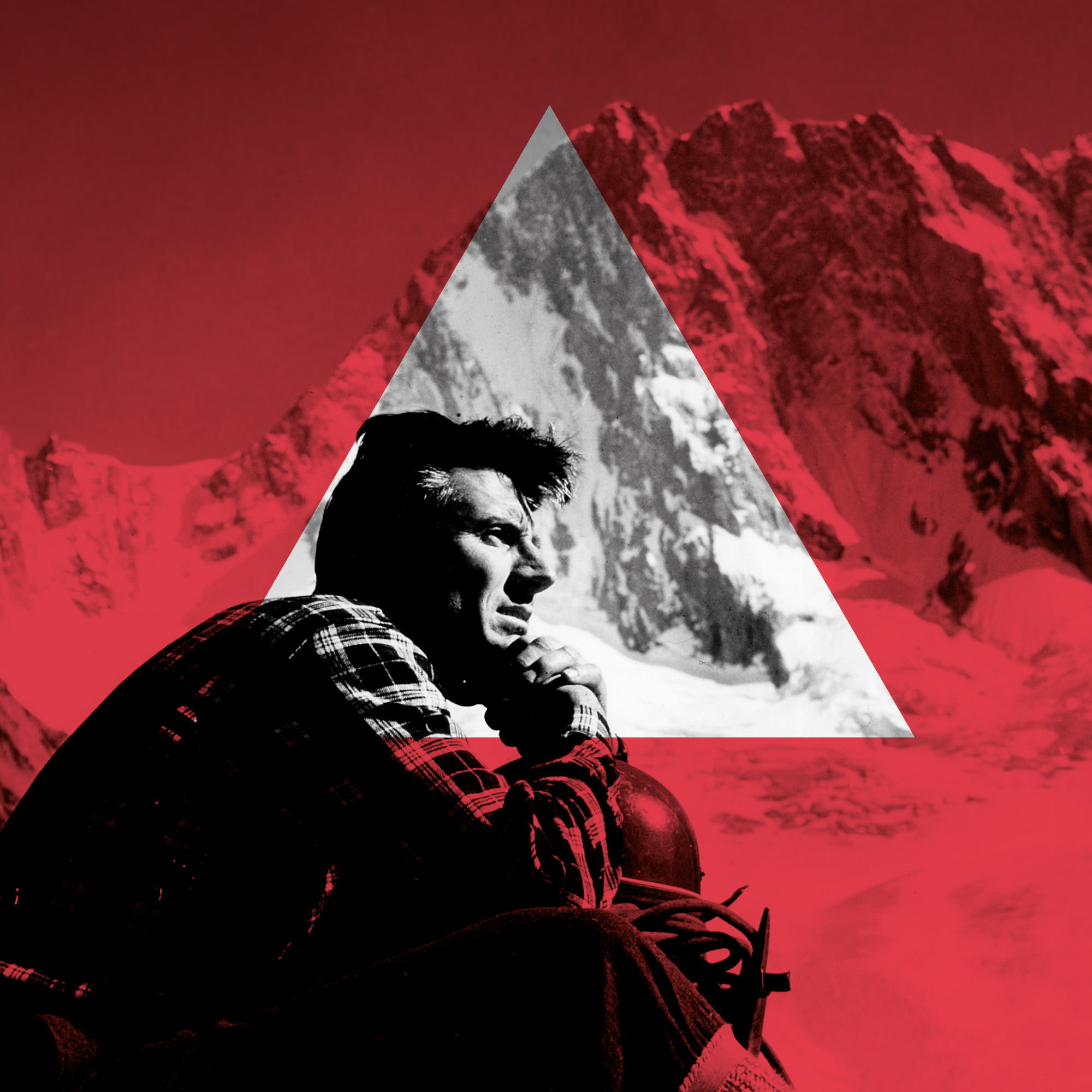 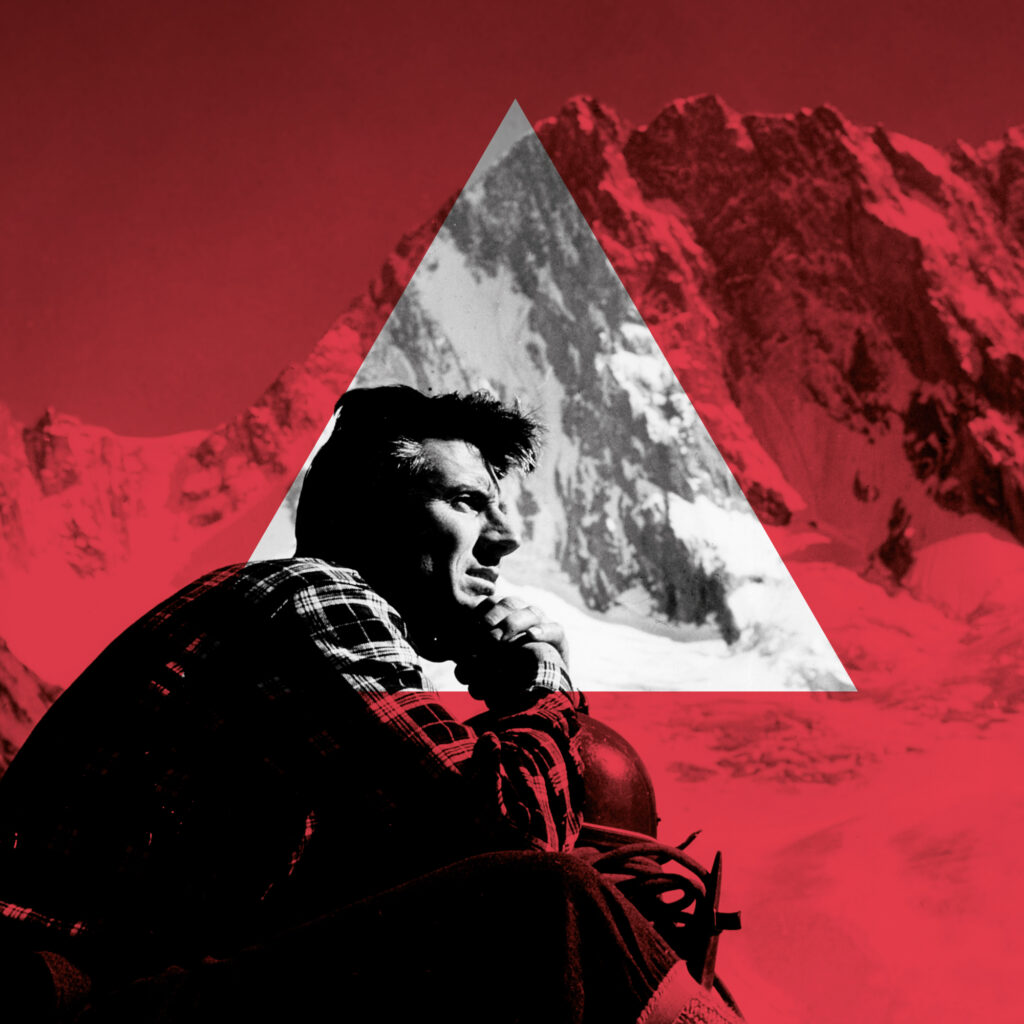 From the first climbs to the last explorations, with enormous talent and an uncompromising dedication, for all his life Walter Bonatti went in search of the world and himself.

To move him was the desire for adventure, but not only: his relationship with the wilderness was characterized by a search that at the beginning was almost unconscious, but over the years became increasingly clear and determined, until it became a real experiment. And if his approach to the mountains, to nature, to the Other, is very personal, the ideas he offers us to recover a “healthy” relationship with a planet and an altered modernity are instead universal, in the awareness of the necessity of a new look at the world and at the role of its inhabitants.

On the tenth anniversary of the death of Walter Bonatti, Museomontagna presents the exhibition Stati di grazia (States of grace), the fruit and crowning achievement of the work – supported by: Club Alpino Italiano, Regione Piemonte, Fondazione CRT, FESR – European Regional Development Fund – of reorganization, cataloging and digitization of the Walter Bonatti Archive, donated to the Museum on August 8, 2016 by the heirs of the mountaineer and explorer. The exhibit is closely integrated into the Museum’s commitment to increasing, studying, and promoting mountain cultures.

With the passage from mountaineering to exploration, in 1965, Bonatti transferred in his travels the skills honed in the mountains and the desire to look for boundaries where to test himself. The career of mountaineer continued in fact with coherence in the one of envoy-explorer, with the attraction towards extreme environments where to look for spaces, sensorial experiences, introspection and freedom.

In this way, Bonatti was opened to a different vision of the world: his approach, based on a singular mixture of solitude and empathy, impetus and introspection, curiosity and prudence, allowed him to enter particular dimensions and to experience exceptional physical and psychological situations, including what he called a “state of grace”: a suspended condition in which the impossible ceases to be so, a sort of hypnotic communion between man and the environment, a fusion between the external world and the inner world. It is the wonder in front of the forces of nature and the surprising discovery of having touched and being able to overcome one’s own limits.

Walter Bonatti’s is the archive of an immense history. Such a rich patrimony, now systematized, would have made it easy to fill the exhibition rooms with a simple exhibition of memorabilia. The project, curated by Roberto Mantovani and Angelo Ponta, aimed instead to deepen the theme that gives the title to the exhibition and that runs through Bonatti’s entire biography, but represents a new starting point that contributes to reflect on the interest and affection that still surrounds the character and keeps him so rooted in the collective debate and imagination. Much of the fascination that Bonatti continues to exert and much of his topicality lies precisely in that willingness to meet the unknown, even the non-human, to discover something new and rediscover something ancient, which brings us closer to ourselves, to what we were and what we could be. In that desire and in that ability to feel strong emotions and then think about what we have experienced, putting it to good use in a way also unexpected, and then tell it, and through the story get to understand something more of all of us.

A memory that can only find new nourishment and stimuli, even interdisciplinary, in the immense amount of material that the Museum preserves. The Bonattian “adventure at the borders of the human” is in fact central to the history of mountaineering, adventure, journalism of unexplored lands, and of society since the mid-twentieth century.

The Archive opens therefore to a range of studies where mountaineering is only one of the possible fields, according to a perspective of method that stems from the conviction that Bonatti’s cultural heritage is – even more in this historical moment – extraordinarily wide, fertile and current, and that the mountain represents an exceptional point of view for the knowledge of the being and of the existing as an indispensable condition for a sustainable future. Bonatti said in 1988: “First of all, everything that is unknown is frightening. So I do my best to know. And in this way I reduce my fear”.

Therefore, the aim of the exhibition is not so much to reconstruct the story of Walter Bonatti as to highlight the thread that links his adventures and his emotions, from the mountains to the world. In doing so, it draws not only on the images, objects and words that make his archives precious, but also by “reproducing” some of the environments in which Bonatti immersed himself, from the great walls of the Alps to the borders of the planet with ice, forests and volcanoes, trying to arouse some suggestions in the visitor and to develop an emotional participation in Bonatti’s world. 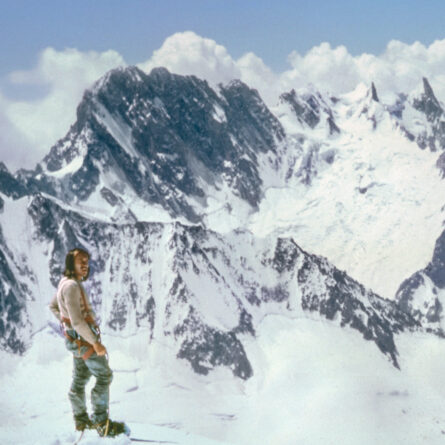