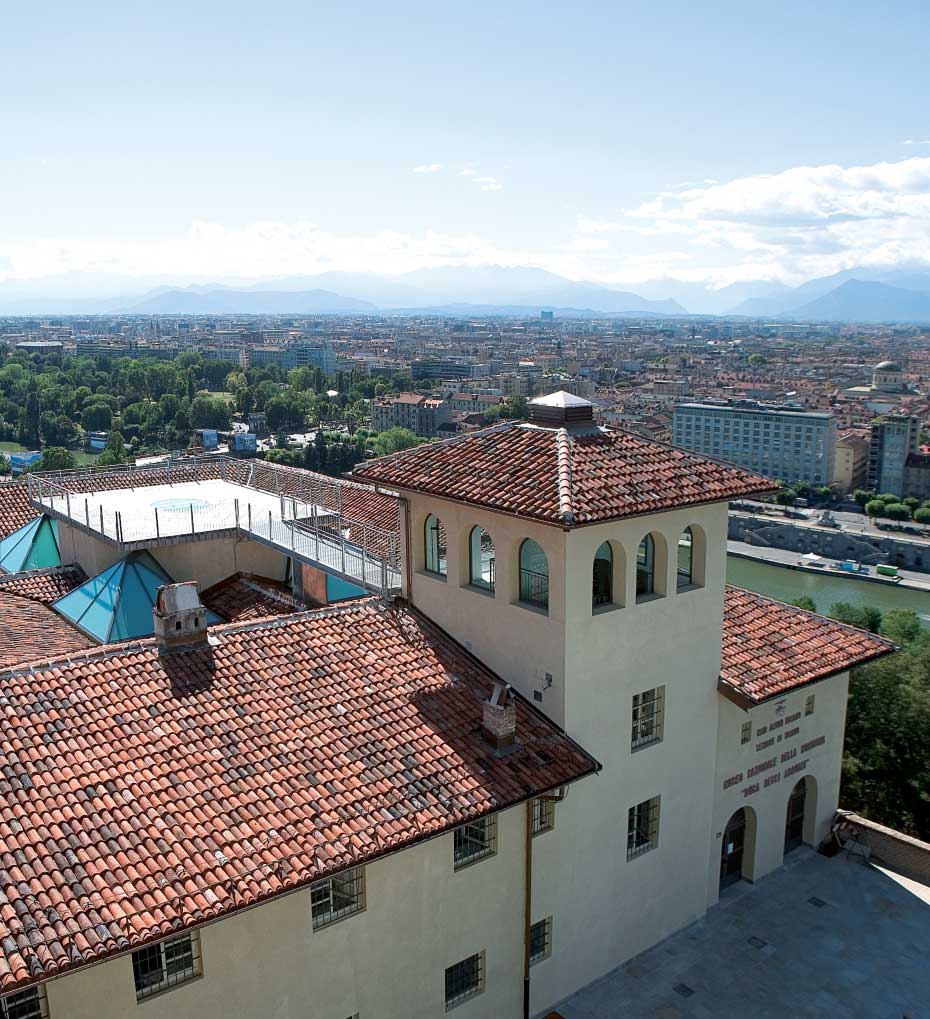 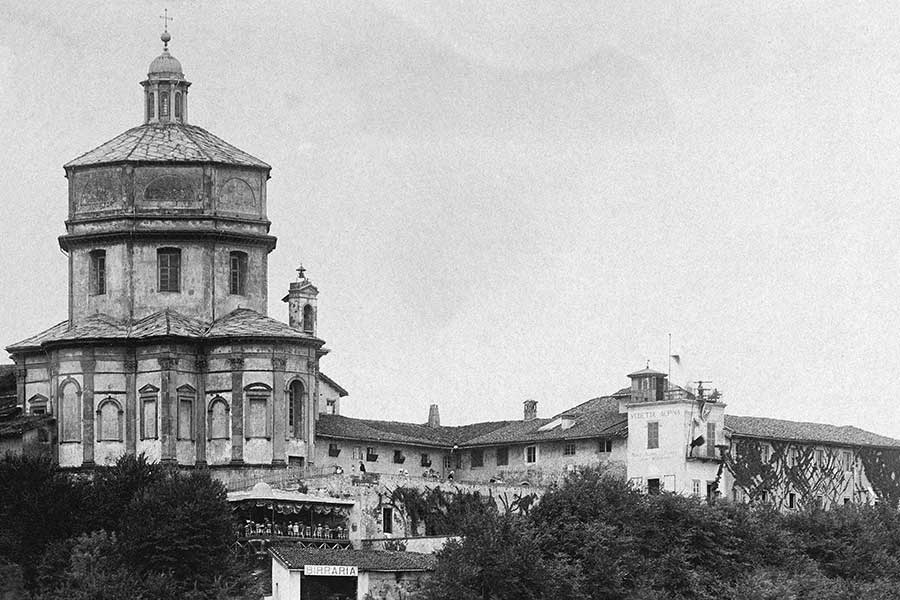 Situated next to the church and monastery on Monte dei Cappuccini, the Museo Nazionale della Montagna “Duca degli Abruzzi ” commands splendid panoramic views of a large sweep of the Alps and the city of Turin below. The idea of creating a museum arose in 1874 among the first members of the Italian Alpine Club (Club Alpino Italiano or C.A.I.), which had been in existence in the town for a decade. Today, the Museum sports a wide variety of activities on both national and international levels, seeking to be a cultural link uniting, under all the different aspects, the world’s mountain ranges. In line with this objective many temporary exhibitions flank the permanent layout of the Museum. Due merit must also be given to the Museum for knowing how to expand and progressively improve on its initially fairly limited horizons and the following brief chronology of events highlight the most important stages in its development.

​The vedetta and the Museo Alpino

In 1871 the Church ceded to Turin City Council the premises of the former Capuchin monastery on the hill of Turin, incorporating the buildings used by the monks, associated church and adjacent surroundings. Three years later, in 1874, the town council agreed to a proposal from the Italian Alpine Club to install a Vedetta Alpina or Alpine observation post and observatory on Monte dei Cappuccini comprising a simple pavilion and mobile telescope. This was inaugurated on 9 August 1874 during the eighth Italian Alpine Congress. Rooms for the Museum and funds to arrange them were only given to the Turin branch of the Club in 1877. After this date the observation post was moved inside the building and further rooms were added in subsequent years. On 30 August 1885 , for example, the occasion of another Alpine Congress, a large room devoted to photographic collections and local craftwork was duly inaugurated. On 26 June 1888 the first room to house the scientific collections was completed and inaugurated. Ten years later (1898) these rooms were further enriched with an Alpine panorama and a diorama of the same type, which were placed in the ground and first floor rooms respectively. In 1901 Prince Luigi of Savoy, Duke of the Abruzzi , and honorary president of the local branch, donated selected items and equipment used on his expedition to the North Pole.
The Museum collections were further enriched from the International Exhibition held in Turin in 1911 and in 1918 a more precise arrangement was given to all the rooms. At this date there were two large halls on the ground floor, an upper room and the terrace of the observation post with its excellent telescope. From now onwards the Museum’s rooms and collections gradually deteriorated, although continuing to open to the public, until it was finally closed in 1935 due to the building’s inadequacy. 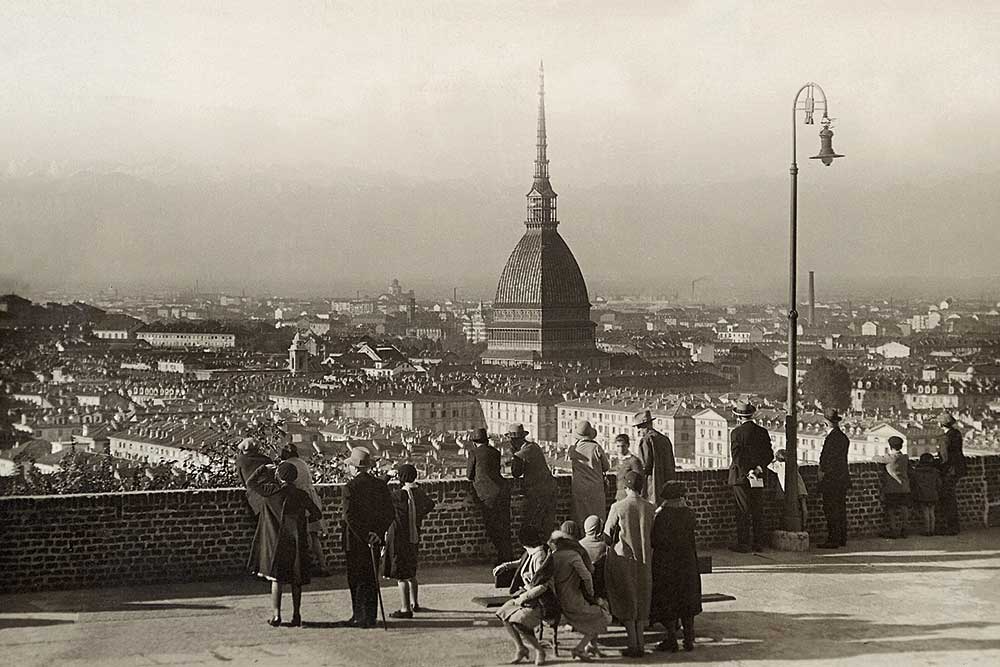 Huge sums were needed for architectural renovation which would completely transform the exterior aspect of the building as well as its internal arrangement, tripling the Museum area. After several years of delay and difficulty, the question of reopening the Museum was reconsidered in 1939 and a year later, on 6 February 1940 , building work was contracted out. The Museum was reopened on 19 July 1942 . Unfortunately, the new Museum was seriously damaged during the Second World War. On 8 August 1943 it was hit by incendiary devices and damaged by bombs falling nearby which destroyed the roof, doors, windows and dividing walls. After this, part of the exhibits were moved to rooms below and re-arranged, but in spite of the damage suffered the Museum succeeded in opening on Sundays and holidays the following year. During the 1950s the Museum was once more decisively made the most of. The old layout with rearrangements and substitutions lasted until 1966 when, following a survey, the council of the Turin branch of the Alpine Club decided to demolish all the exhibiting structures of the Museum in order to completely renew the rooms and prepare a new exhibition floor. A modest contribution for the first work was only received at the end of 1970, from the East Turin Rotary Club; this led to wider support from Turin’s public bodies and sponsorship (among these, the City and Province of Turin, the Piedmont regional government and various banking institutions must be remembered). 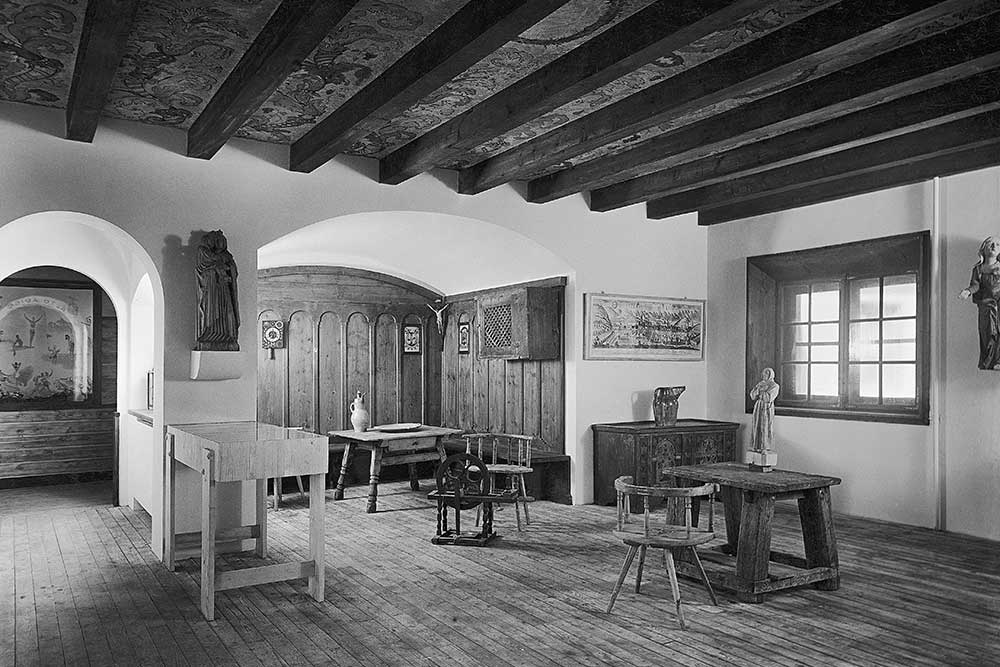 On 13 July 1978 , the refurbished rooms on the ground floor were presented to the authorities and the press. On 21 March 1981 completion of the whole renovation of the Museum was inaugurated, comprising rooms for the permanent collections and for temporary exhibitions. During the 1980s its collections increased and the Museum really made a reputation for itself, being considered the most important of its type on an international level. In 1998, the City of Turin finished work on the Meeting Centre, comprising various meeting rooms, the completely restored Coat of Arms Room and an updated café-restaurant. In 2003, the new Document Centre was opened, which unites the National Library of the Italian Alpine Club and the Museum Archives. Today Monte dei Cappuccini is a veritable centre dedicated to the mountains, organised in three separate but complementary sections; one for meetings, one for documentation, and one for exhibitions. 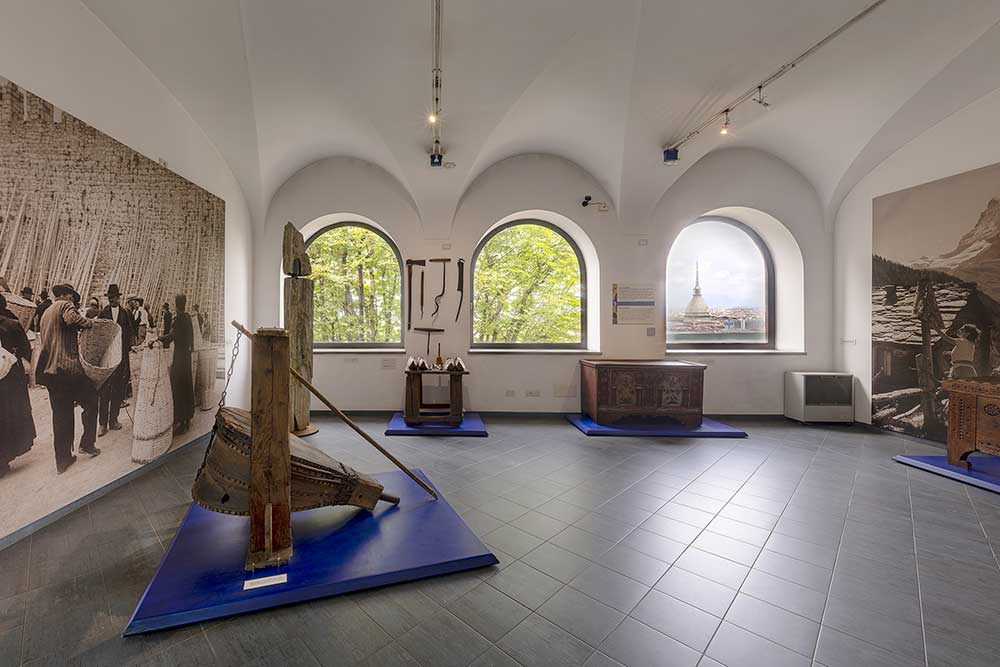 In view of this, on the threshold of the year 2000, it was decided to renew the exhibition area again. Once more the Museum’s complete reorganisation programme for this area was supported by various institutions – the City of Turin , owner of the building, together with the Piedmont regional government, the Province of Turin , the Compagnia di San Paolo, the Fondazione CRT and IMONT. All the floors were linked by a lift, including the observation point, to which a panoramic external viewing terrace was added. This is where the new visitor route ends, ideally recalling the origins of the Museum as a mountain observation point. What can be seen from the windows of the Museum introduces the themes illustrated and the visit develops like an ascent among the hills and peaks that surround the city of Turin , chosen to symbolically represent themes such as religious issues, communication, tourism and mountaineering, the Italian Alpine Club, skiing, winter sports and sustainable development. The ascent finishes on the terrace where, observing 400 kilometres of Alps , everything that was merely suggested before can now be fully admired with the naked eye. 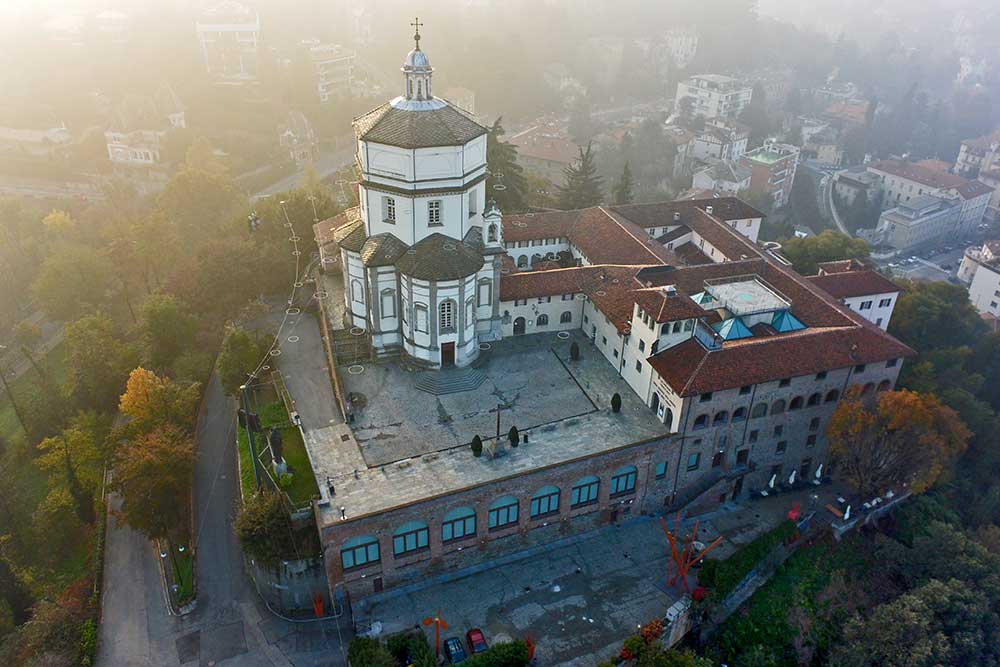