Born in Beijing, Wang Juyan is an image artist currently based in London.
Wang earned his BA in London College of Communication. The unique visual language of Wang’s work heightens the ambiguities and the historical sublime in his large-scale landscapes.
As the result of overlapping multiple layers of images and the blending of reality and fiction, Juyan’s photography responds to a personal need to find a new way of representing landscape and mountains.
In the series Project 2085, mountain visions realized through monochrome tones are the result of a collage of places photographed by the artist with spaces that do not correspond to the place represented.
The particular technique employed by the artist produces an alienating effect. A photograph that responds to the artist’s desire to produce a photographic image that is not flat. A living space, in which geological and atmospheric time are in dialogue with the idea of historical, political and environmental change to which the mountain is subjected.

A CONVERSATION BETWEEN WANG JUYAN AND THE CURATORS:

AL
Dear Wang, I am absolutely fascinated by your work. Would you please explain how your work comes about and what kind of technique do you employ to produce your photographs?

WJ
Thank you for your kind words. I think I have always been fascinated by landscape, even when looking back to the photographs I took when I was 16, they were mainly landscape. Landscape can be silent, very often it is not saying much to you. But landscape can also be expressive, underneath that silence there is history, and I am drawn to that quiet expressiveness. Naturally it is easier to tell a story when presenting a photo with people, but I for one, am more interested in the ambiguity of the story-telling and the ambiguity within landscapes.

VL
I read that the Chinese term “landscape” (shanshui) comes from the combination of the words of “mountain” and “water”. This seems to me a very significant and interesting fact, because it underlines the importance of the mountain in Chinese culture and of its idea in the construction of the landscape. I ask you and I wonder then what landscape is for you and if it’s the interaction between two opposites.

WJ
I don’t know actually, landscape can be so many things. The term Shanshui means a specific genre of landscape, a sort of grand mountain plus river scene, normally vast in composition and filled with painters’ ambition and ego. I know ego is a slightly ugly word these days but I think it is not a bad thing for artists’ to be slightly egoistic in their works. I think Project 2085 was definitely inspired by the concept of Shanshui, not only in composition, also in the narrative. Sadly there is no mountain and water interaction in Project 2085 as all the photos were taken during the winter months, but snow is clearly seen in most images, so I guess it is Shanshui after all. Like I mentioned earlier, I like the ambiguity within landscape, so at the end of the day, I really wouldn’t know how to define landscape.

AL
The images seem to be pervaded by a light haze, a milky atmosphere that calls to mind some kind of ghostly presence. The mountains – unrecognizable – are as if placed in a timeless dimension. What is the goal of this visual approach of yours?

WJ
I think your words are better than mine. When I worked on Project 2085, I deliberately made them not so easily recognizable, I guess I am drawn to the uncertainty in a landscape. I like the way you described the work – placed in a timeless dimension. It is a starting point for this project that anything indicating a specific time cannot be shown in this series, for example human constructions, so it can be 2085 or 1885.

VL
Your work is also a research on the photographic medium and its nature, which seems to contradict the “common” idea that photography is a faithful reproduction of reality. The vagueness and ambivalence that your works describe don’t seem natural companions of photography.

WJ
You are absolutely right about the work being vague and ambivalent. But dare I say I like being vague and ambivalent, especially when it comes to creating an image. Photography, by its mechanical reproductive nature, always presents an almost definitive representation, but like everything else, there is vagueness, ambiguity and ambivalence. So as a photographer, I personally like to amplify the vagueness and so on, they make an image more complex, and dare I say, more human. 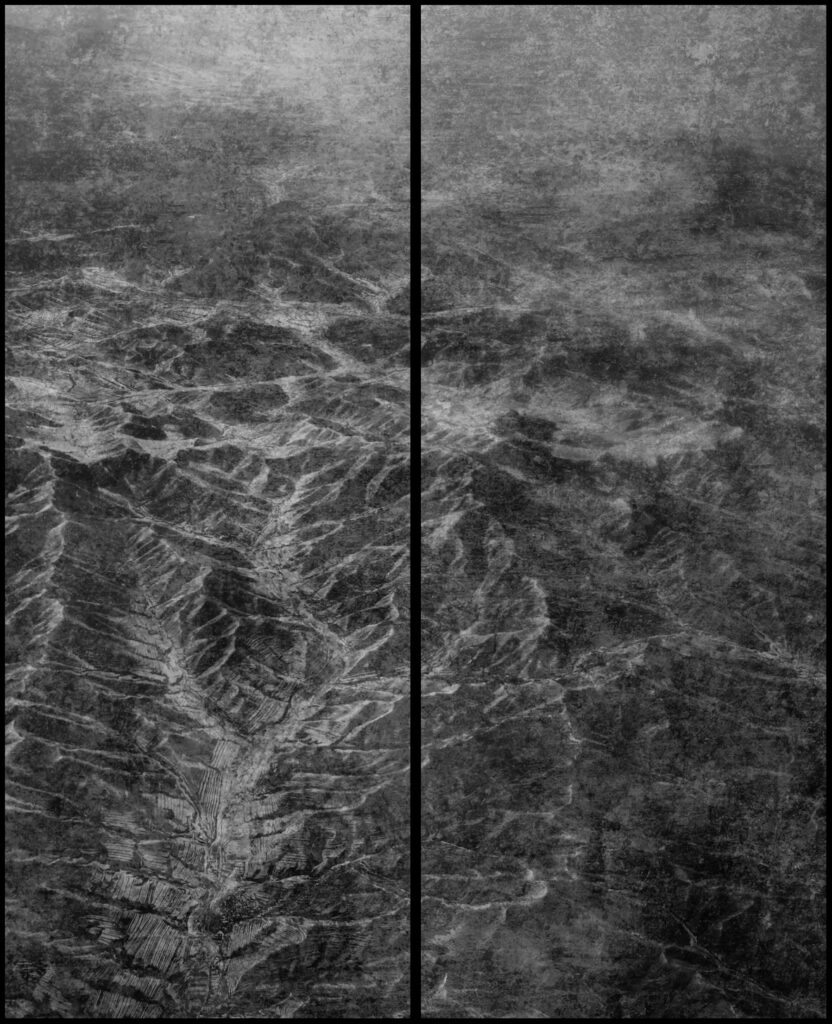