One of the most appreciated and internationally recognized photographers, Olivo Barbieri uses photography as a living tool capable of questioning the observer and “intercepting the signals and contradictions of society.” (D. Jorioz).
The mountain, like the natural landscapes and the urbanized centers that we find in his work, is a body in continuous transformation, subject to the strong pressures imposed by the epochal changes we are experiencing.
Observing Olivo Barbieri’s photographs, we realize that nothing remains uncontaminated and that the historical imagery of the autochthonous mountain is definitively over, “every piece of visible world, directly or indirectly, is modified, transformed by man”. (O. Barbieri). 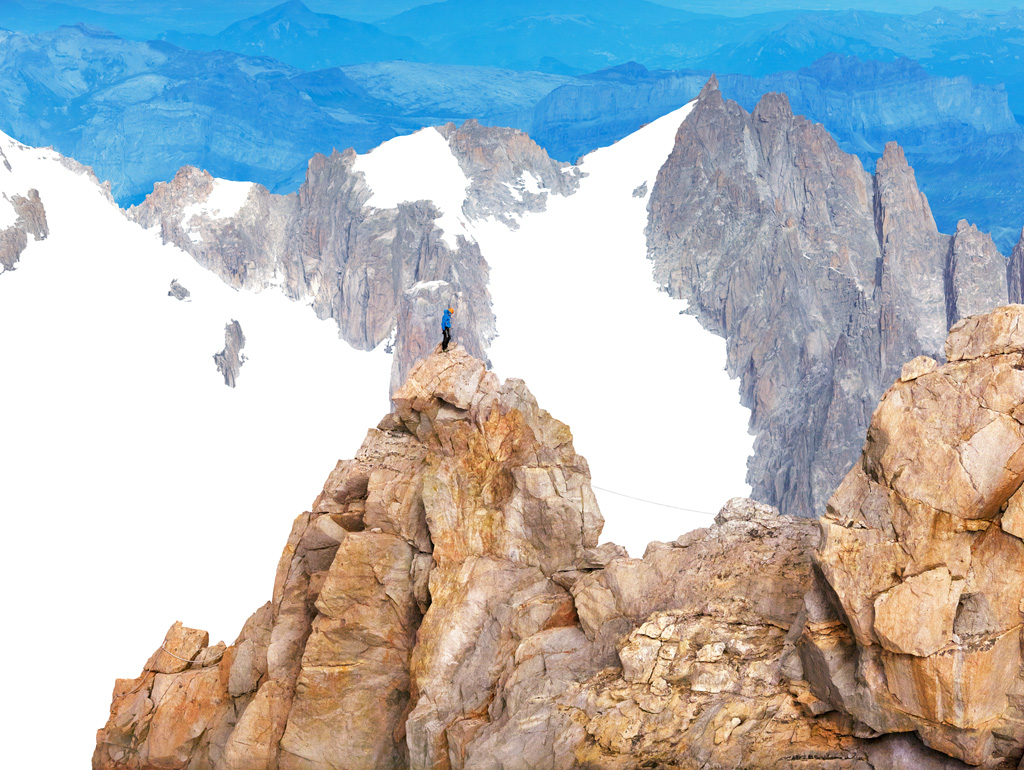 OLIVO BARBIERI IN DIALOGUE WITH THE CURATORS:

AL
The mountain is a recurring subject within your work. From the Dolomites Project series of 2010, to Alps – Geographies and People of 2012, up to the most recent photographs, taken in the places affected by the Vaia Storm.
Your research proposes an image of the mountain that, as you yourself have stated, is anything but uncontaminated. My feeling is that the process of image construction is the medium you choose to tell the deconstruction that these places are undergoing, both from a cultural and environmental point of view.

OB
I don’t think we can communicate a unitarily conscious perception of the mountains. Images can help us by establishing new distances and colors, declining common mythologies and scientific data. By juxtaposing the ancient color of the seas and oceans that have designed the altitudes, with the geometries of those who cross them, it is possible to glimpse a future. The first time I saw the mountains I felt a certain disappointment. I was very small and they told me “we’ll take you to the mountains”. We got into the car and after a short trip we stopped in front of a mountain. When I asked why we didn’t climb to the top of the mountain I was told that it was not possible, only climbers could do it and we were not climbers. Many people when they say they go to the mountains regularly say it as if this activity makes them special. Even many writers, philosophers and scientists, among the things that are important to them, say that they love the mountains very much. With my images I tried to understand why people love the mountains and what is really conscious about this attitude today. 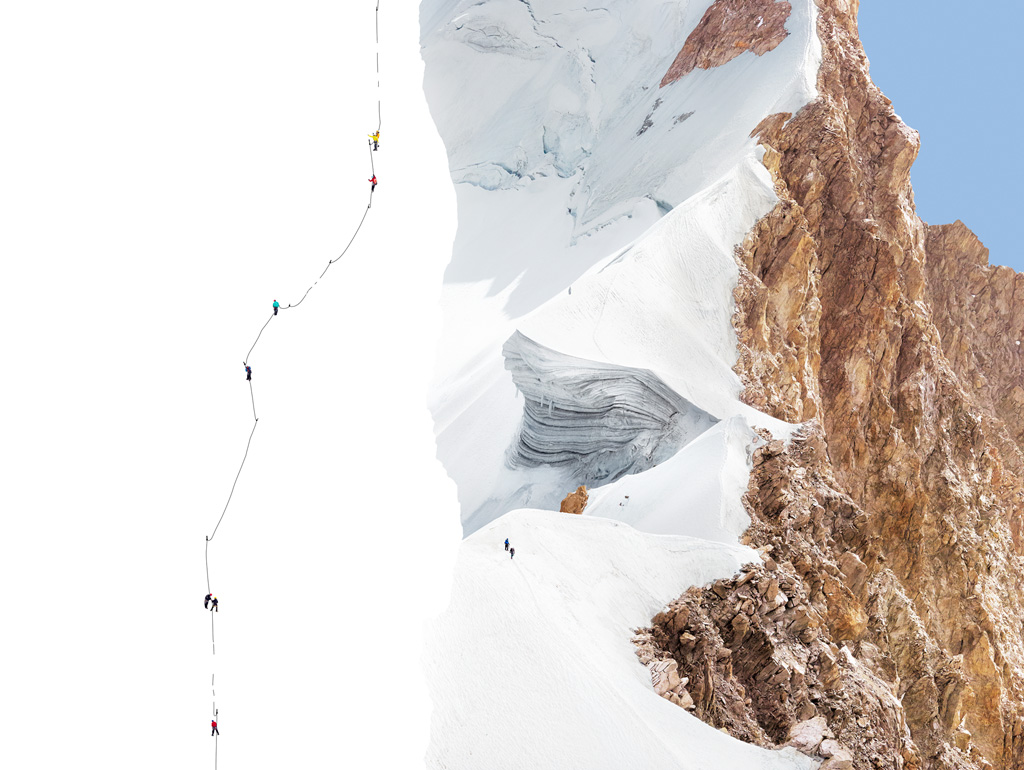 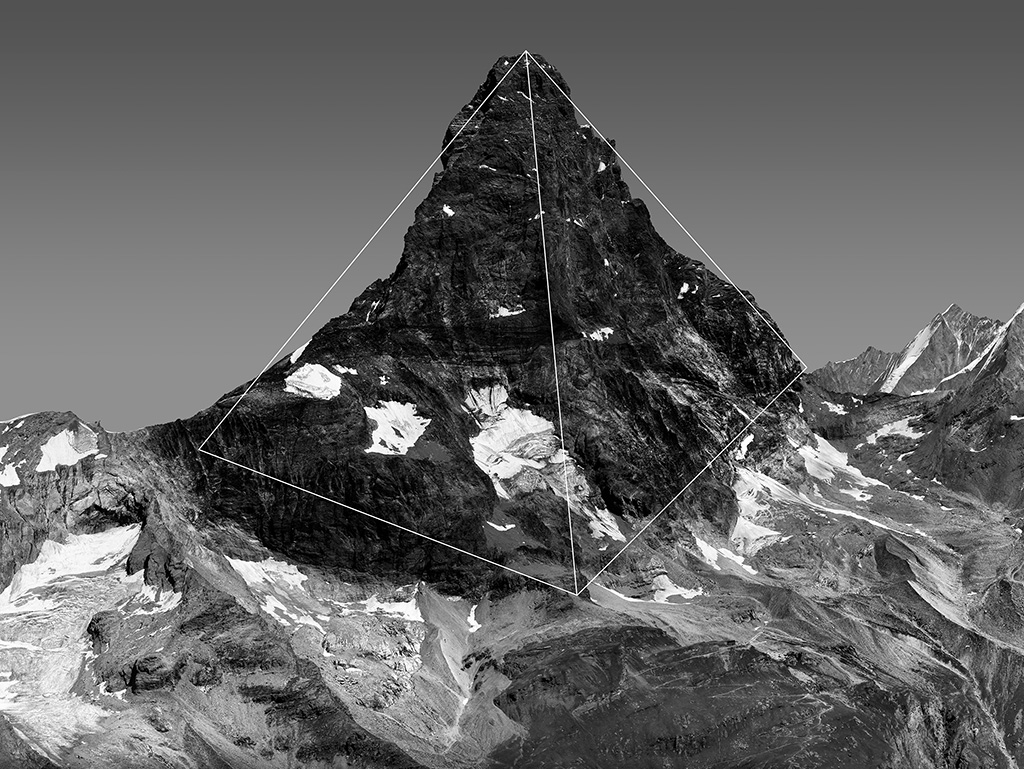 AL
Many of your works trigger reflections on the concept of limits and, at the same time, on the culture of no limits that contemporary society dresses up with contemptuous nonchalance. From the transformation of natural places into theme parks – portrayed in the series of photographs dedicated to the Chinese mountains in Guizhou, Hunan, Anhui and Yangshuo – to the incredible images of cattle that, in Jatibarang, Indonesia, graze on mountains of waste.
Do you think that today the role of photography and the photographer has changed?

OB
The role of photography and the photographer, assuming that this role consciously existed, has not only changed but is extinct. We inhabit an immense synchronic panoptic. We go through life in seemingly eternal real time. Photographs and movies never stop. Satellites, google maps, street view, the internet never sleep. This production of images of the surface of everything is an autonomous organism. So many declare that between the internet and the supposed real world there is no difference, that the real world does not interest them. “Do you want to work on the world? It’s already finished,” wrote J. W. Goethe two hundred years ago. Every age knows how to start again.

VL
With the use of selective focus and aerial shooting, the result is an image that harks back to the model and the maquette, thus reinforcing the feeling that the structures shown – the mountains you call “natural structures” – are not actual, pre-existing realities, but rather models that represent reality. In addition to the desire to reveal the gap between the vision of the eye and the ability of the medium, between reality and representation, it seems to me that you are interested in showing more than a place per se (Mont Blanc, the Dolomites, the mountains of China) the relationship between it and the man who is part of it, highlighting real proportions and positions for which the finiteness of the human being appears evident. On the other hand, your work raises the question of a renewed natural balance associated with mass tourism which, if on the one hand consumes places, on the other guarantees their survival.

OB
I tried to make images that ask themselves if what they represent is sensible. I brought the representable back to the state of maquette, scale model, rendering, drawing and project. We have broken down the existing into real or virtual theme parks. There is only what we need. Even Niagara Falls doesn’t exist, it’s just a set design for tourists. As in any son e lumière, at midnight the lights go out and the water stops flowing. I photograph natural places not as we think they appear to us but as we think we remember them. Any image can survive us but how long will it be like this? 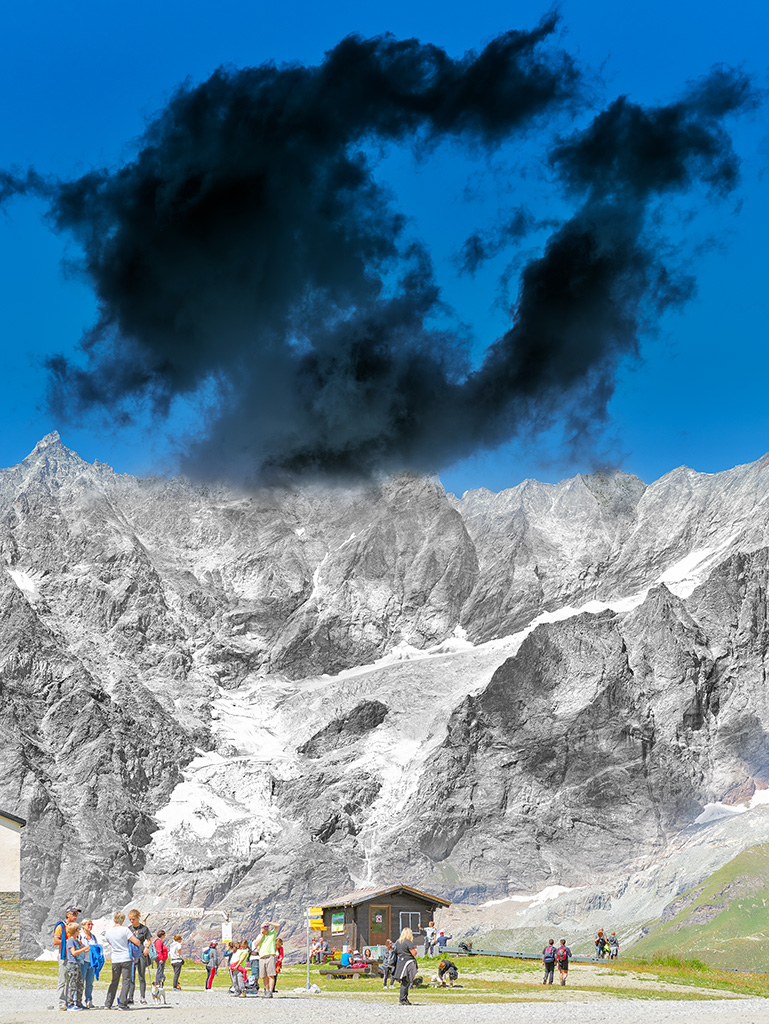 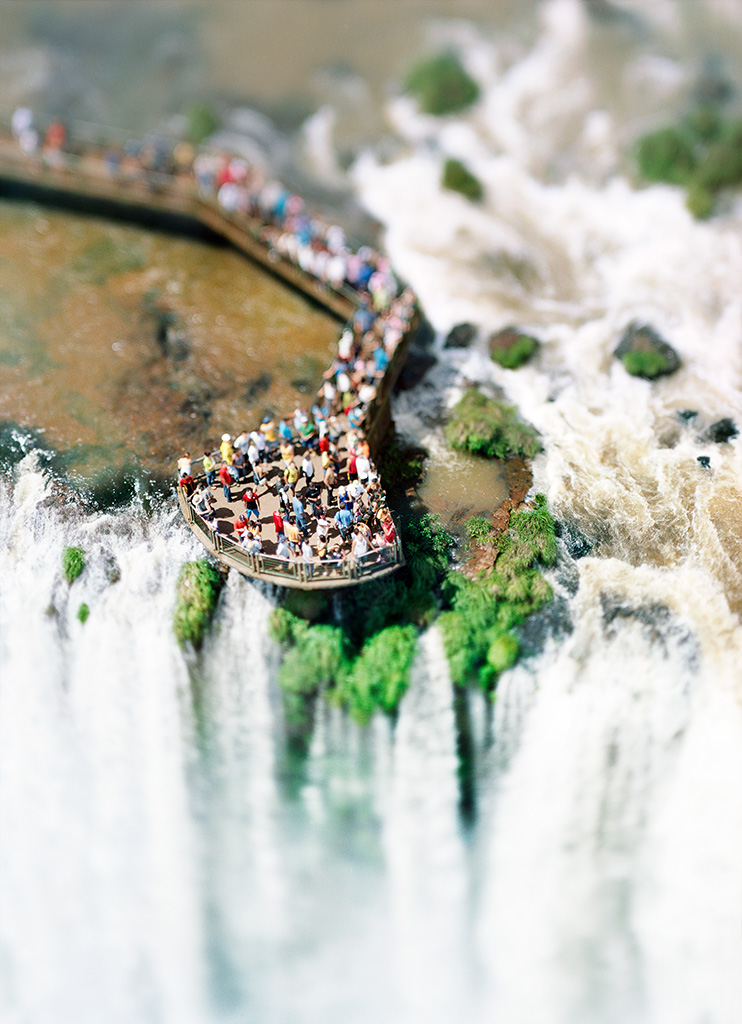 Olivo Barbieri, Carpi, Modena, 1954
His research initially focused on artificial lighting in the European and Eastern cities. Since 1989 he habitually travels in the East, especially in China. He began to exhibit in 1978 with the project Flippers. In 1982 he participated in Viaggio in Italia. In 1996 the Museum Folkwang in Essen dedicated a retrospective to him. In 2001 Silvana Editoriale publishes Virtual Truths. In 2013 Aperture, New York publishes site specific_03 13. In 2015 Hatje Cantz publishes ERSATZ LIGHTS. In 2015 the MAXXI Museum in Rome presents its first retrospective in Italy Images 1978-2014.
Two films from the series site specific_ are part of the collection of MoMA New York.
On the artist’s work, 50 monographs and catalogs have been published.
Barbieri’s works are present in museums and public and private art collections in Europe, Asia and the United States.